The 1897 census of Odessa (research project) 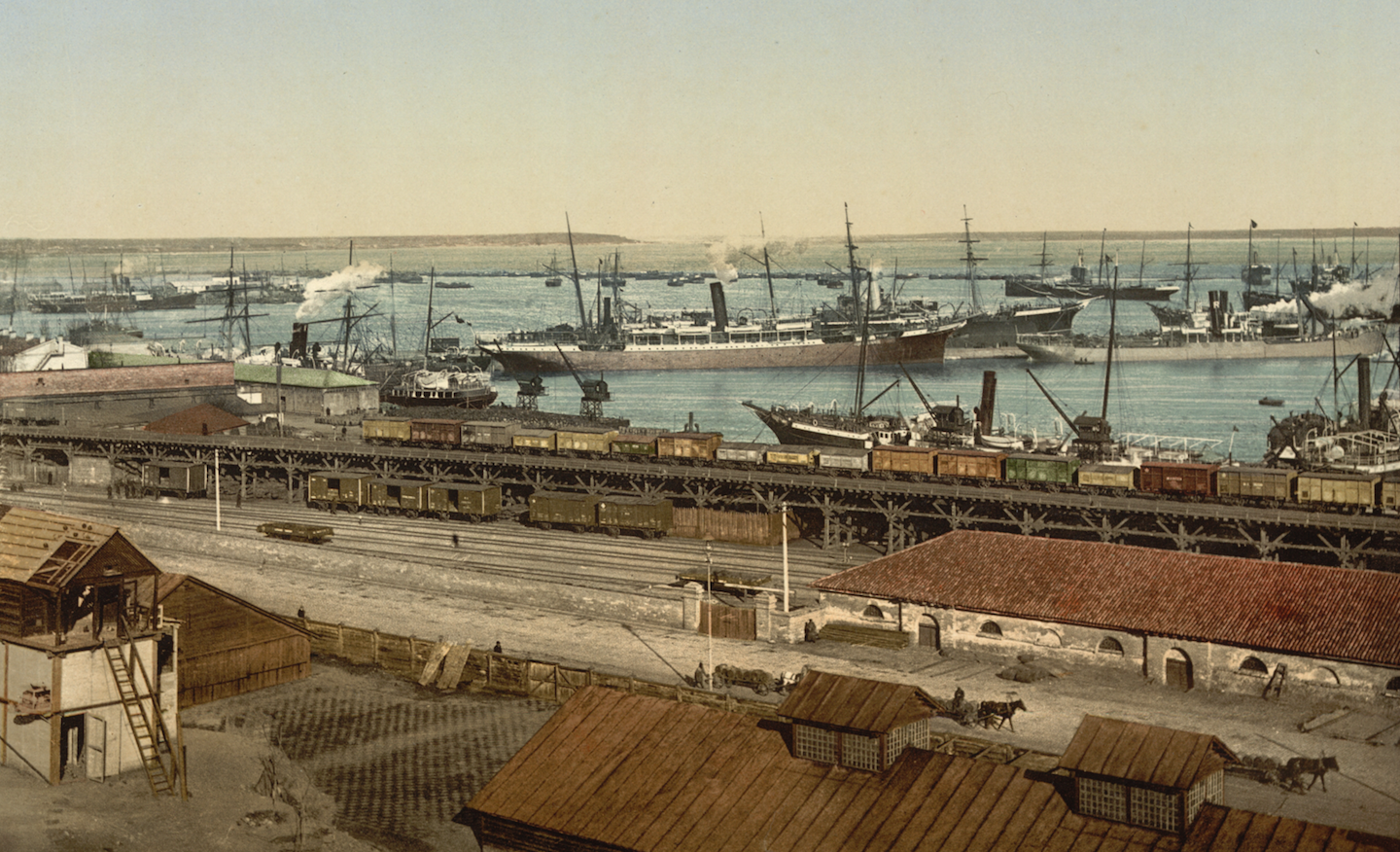 We are beginning a new, huge project on the 1897 census of Odessa!

Please, contact us if you are interested in joining it. The more participants the lower costs of research per person!

The 1897 census of was the first modern census enumerated in the Russian Empire and at the same time the last one before the Bolshevik revolution. It registered:family name, given name, patronymic, sex, relation to householder, age, marital status, social estate, place of birth, place of registration, place of residence, notice of absence, faith, mother language, literacy, occupation, secondary occupation, military status, mental illnesses and disabilities, address.

As you know as a rule it was customary to destroy the census lists after contemporary officials computed information they were interested in. Odessa is one of the few exceptional cities for which the original census list from 1897 are still kept. The State Archives of the Odessa Province holds 2752 files with census lists. Judging by the overall number of pages in these files and total number of population in Odessa, I estimate that about 44% of original census lists has survived. In other words existing information covers about 61 thousands of Jews out of 139 thousands living in 1897 in Odessa (assuming that the files were lost spatially randomly). It makes this collection one of the most comprehensive genealogical source for Odessa. The files cover only the city of Odessa, they do not include information on nearby locations.

Accessibility of the files & research

LDS Church have scanned all 2752 files. Due to the limitations imposed on the LDS Church by Ukrainian archives, scans are accessible solely at the Family History Centers with disabled option for downloading the scans. In order to accomplish the research we will need to go through all 2752 files page by page (67250 scans, 134500 pages!). The files are arranged by houses and streets. There are no name indexes to the files. After finding family with last name researched, we will: – translate to English information on all household members from the census list– retrieve photograph of the file from the State Archives of the Odessa Province for selected, relevant families.

Accomplishing whole research may take even one year, as it requires going through almost 3000 archival files. Family History Centers in Ukraine are open only for limited number of hours per week. In any case we are going to update you with partial results every 2-3 months. 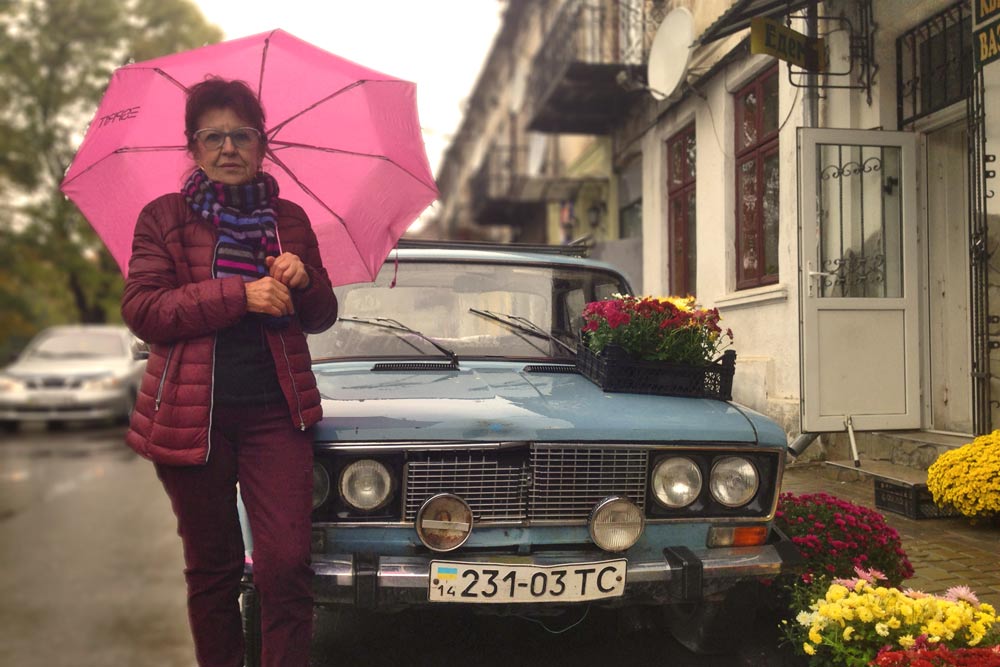 On Jewish street in Radekhiv

It was a pleasant experience to be with you on our trip in Galicia, the homeland of our family. We, all the four cousins, have been impressed very much by your kind and nice personality, as well as from your knowledge on the subject of the Jews in the area. We appreciate very much the effort to find a Citizen from the community for helping to locate the house and the farm that was belonged to our Grandfather.

I must mention also the driver that was a good English speaker, kind, and helpful young man.

We were very lucky to have you as our guide, and intend to recommend you to friends and family members.

Thank You very much
From all of us

Tomasz was an excellent guide for the discover your shtetl tour. We visited two villages near Lviv [Bilyi Kamin & Sasiv] that my ancestors left in the early 1900s. He had done research on each town so that when we arrived he had identified specific locations to visit. He was also creative and flexible: when a building in a cemetery was locked, he called and found the caretaker who unlocked it; same with a small local museum. He even found an elderly woman to tell us recollections of the past. I highly recommend Tomasz. 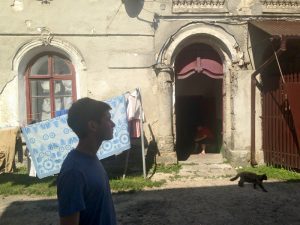 Standing for the good name of archives 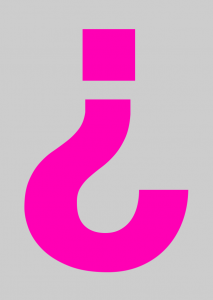 Yesterday the State Archives of the Lviv Region received anonymous letter denouncing my person. The unsigned, implicitly anti-semitic letter sent from Kyiv claimed that the archives should beware of my person, because i “work for the Israeli Ministry of Foreign Affairs” and  “slander the good name” of the Ukrainian Archives.

I am not used to discuss with cowards who are ashamed of their own name and thoughts, but I will make an exception.

I must say that my second in the archive in 2015 went perfectly and the staff from the reading room as well as th management was extremely polite and cooperative.

Experts says that anonymous letters are usually written by not very bright people. Indeed, it requires minimal level of intelligence to distinguish scholarship from employment and to understand that honest critics of the archival services contributes after all to its improvement and good name (and not silent acceptance of lack of manners among state officials).

Management of the State Archives of the Lviv Region  found this letter embarrassing for the archives and ensured me that they never consider anonymous letters. Thank you for your professional and respectful approach.

Dear anonymous person, we are eagerly looking forward for next denunciations. If you forget to sign them we will do this favor for you and publish your name. It wasn’t that hard to figure out who are you. 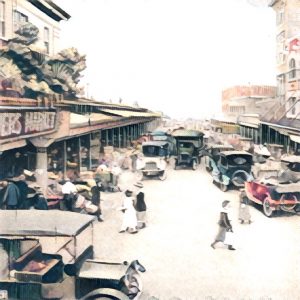 Seattle at beginning of 20th C.

IAJGS in Seattle is coming soon. Register now to JRI-Poland luncheon with our presentation!

What made a Jewish family Jewish? Was it multigenerational and patriarchal?
Could studying Torah help in arranging a good marriage? How “typical” was
your own family?

This talk will help you to place your own family’s history in a broader
context of social and economic changes in Poland over the last two hundred
years. Special attention will be paid to distinguishing the common
characteristics of the Jewish family in the past.

(This luncheon will be 100 percent kosher, and will cost $44, as a result
of an anonymous donation to help underwrite the cost of the kosher
luncheon. If you are registered for the Conference and have not already
registered for the luncheon, the deadline to do so is July 10.)

We did not plan it. No one could plan it. Yet, a regular trip has turned into a symbolic tour through Transcarpathia. Day after Eli Wiesel passed away we have visited his home town and a place of birth, Sighetu Marmației. A black flag is hanged on his family house. Gates to the Jewish cemetery, usually closed, stood open and inviting.

The rain was over and the grass was gently wet as morning dew. 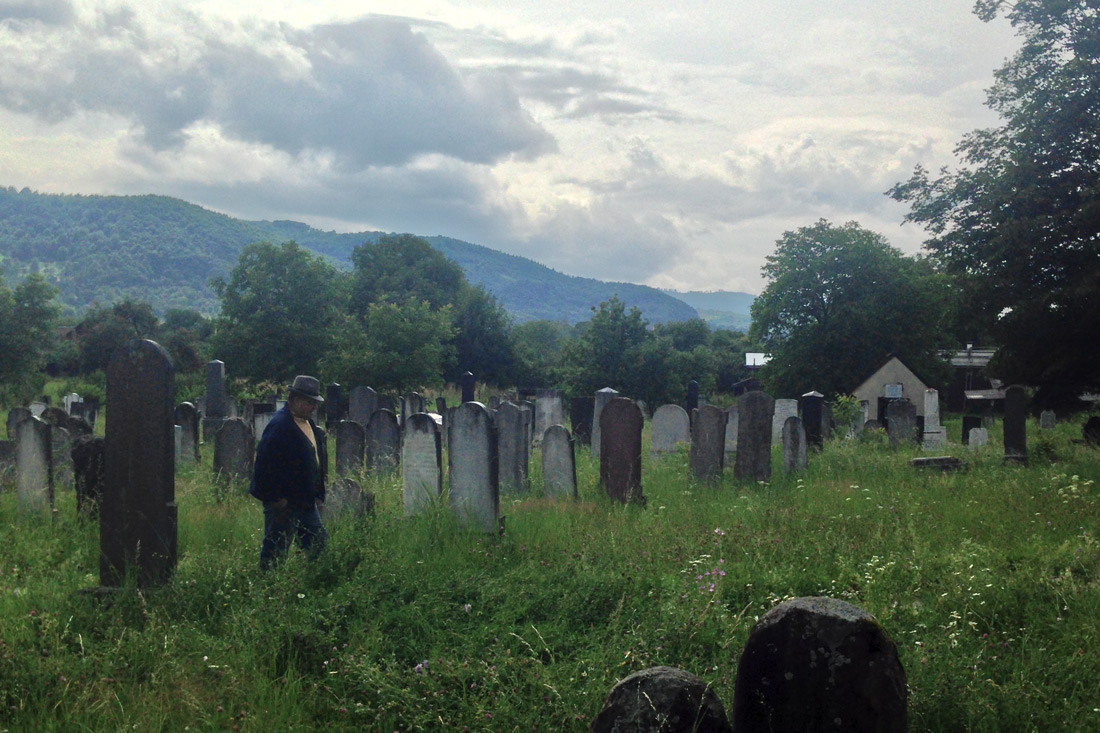 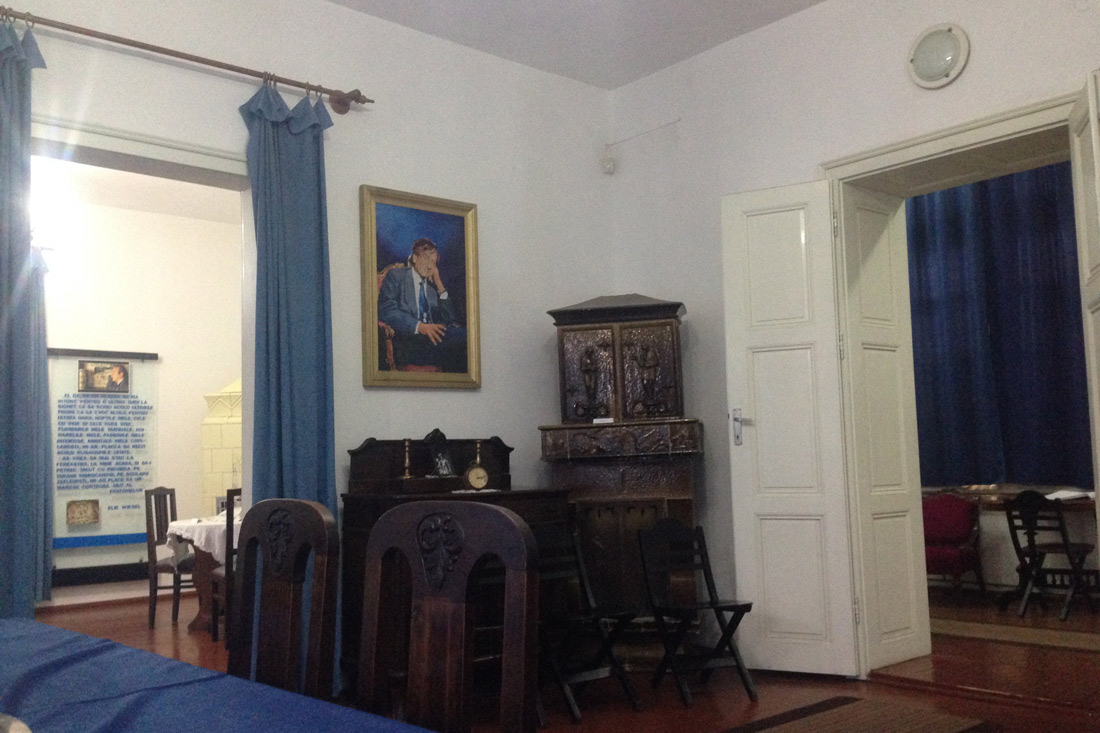 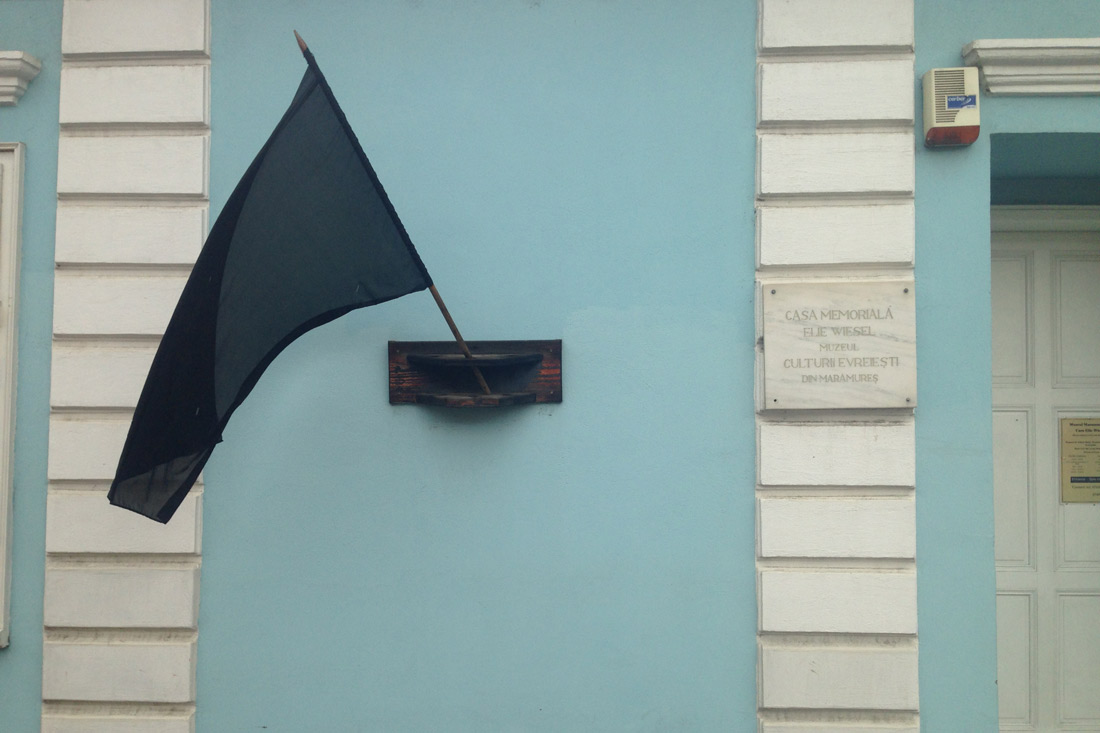 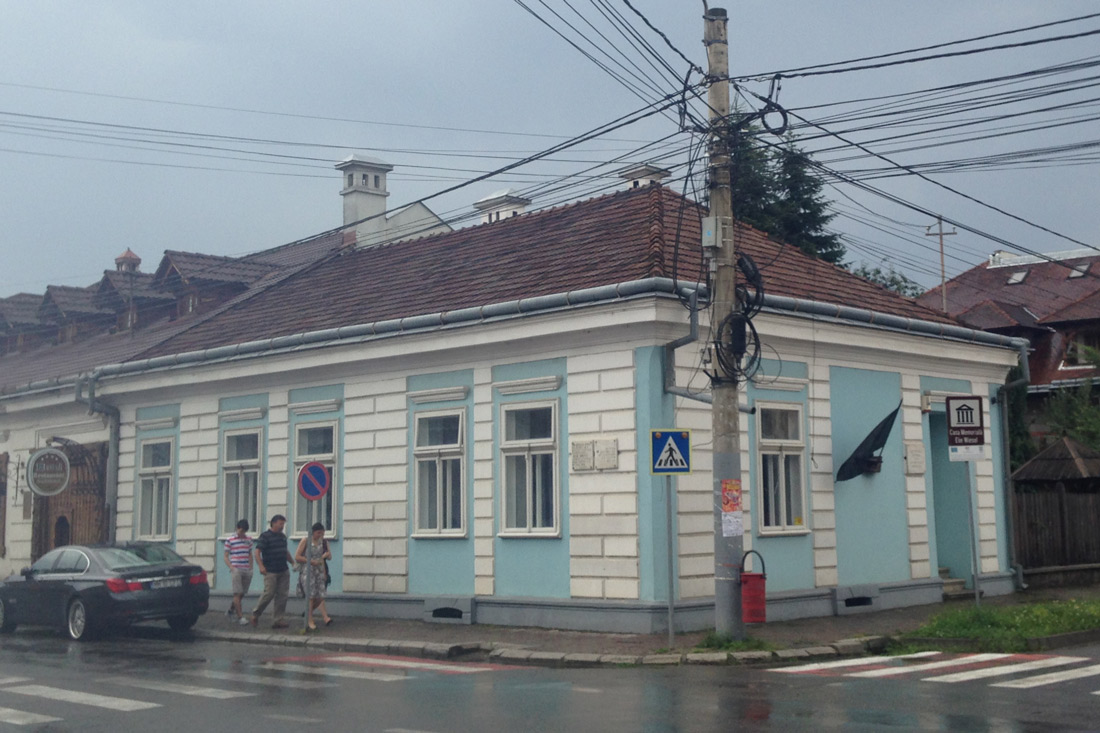 A legend to cadastral maps of Galicia

19-Century cadastral maps of Galicia are wonderful source for genealogists. They may help finding exact localization of ancestral house, show how big it was and how far it was from the synagogue. The extremely detailed maps—full of tiny lines, signs and abbreviations—are hard to interpret without access to the original map legends. Original map legends were published in German separately from the maps.
This is first translation to English of the map legends of the Austro-Hungarian cadastral maps. Below you can find all symbols from Zeichenmuster für die Katastralmappen published in 1849 (found on GesherGalicia) supplemented with a few symbols from later map legend, probably from early 20th century, which I’ve found in the Przemyśl Archives.

For possible issues with house localization see our earlier post on the maps of Drohobych.

GesherGalicia Map Room, szukajwarchiwach.pl, and the Przemyśl Archives provides scans of cadastral maps of numerous Galician towns. Still, there are thousands of more available only in the archives in Lviv, Przemyśl, Rzeszów, and Krakow, covering almost every town and village in Galicia. Feel free to contact us if you are interested in researching them.

On November 15, 2015 at the Borys Voznytskiy Lviv National Art Gallery (vul. Stefanyka 3) a lecture by Tomasz Jankowski “Love and Money: the Social Function of Marriage in Historical Perspective” was held. This was the third event of the “Ketubah. Jewish Family Traditions and Traditional Families” lecture program.

Is marriage really a union between just two people? In the past the choice of a marriage partner was influenced firstly by matchmakers, parents, the financial situation of the family, and only lastly by the feelings the young people had for one another. It was also the case that marriage, whether Jewish or Christian, was not only the beginning of a new family. During the lecture, the social role the family in the past were explored along with its transformation during the last two hundred years, when romantic feelings began to play a dominant role. These were the issues Tomasz Jankowski will touch on during his lecture.

Here is the list of typical content of most common sources for Jewish genealogy in Imperial Russia (including Ukraine, Belarus, Bessarabia, Crimea), excluding the Kingdom of Poland (Congress Poland).

The 1875 military census lists information on males arranged according to family units (biological family, without servants, families of sons-in-law were registered as separate units, even if they lived in the same household). This information includes:

Revision lists from 1834, 1850, 1858 lists information on males and females arranged according to family units (biological family, without servants, families of sons-in-law were registered as separate units, even if they lived in the same household). This information includes:

The 1897 census lists information on all members of the household (i.e. biological family, servants, lodgers), their:

The model of Lviv in Wrocław

Why should all lovers of Lviv come to… Wrocław? To see an unique model of Lviv from the end of 18th Century, still before Austria captured this part of Poland. The model was created between 1936 and 1946 by Janusz Witwicki. After the war Witwicki wished to take his model with him to Warsaw, but the soviet authorities afraid that it will stimulate Polish sentiments. In 1946 he finally received agreement to leave Soviet Ukraine with his masterpiece. Three days before leaving Witwicki was mordered by NKVD. His wife escaped to Poland in its new borders and kept the model well hidden for until the fall of communism.
After painstaking restoration the model is displayed at the Centennial Hall in Wrocław.
Pictures of Rynek and the Golden Rose synagogue attached.
More information (in Polish) on panoramalwowa.pl. 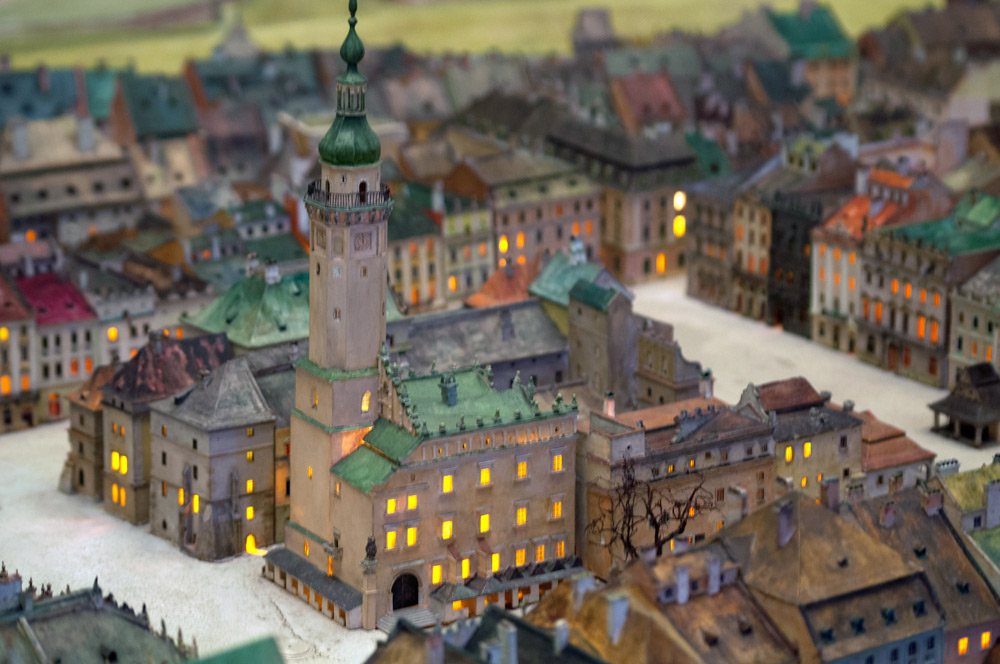 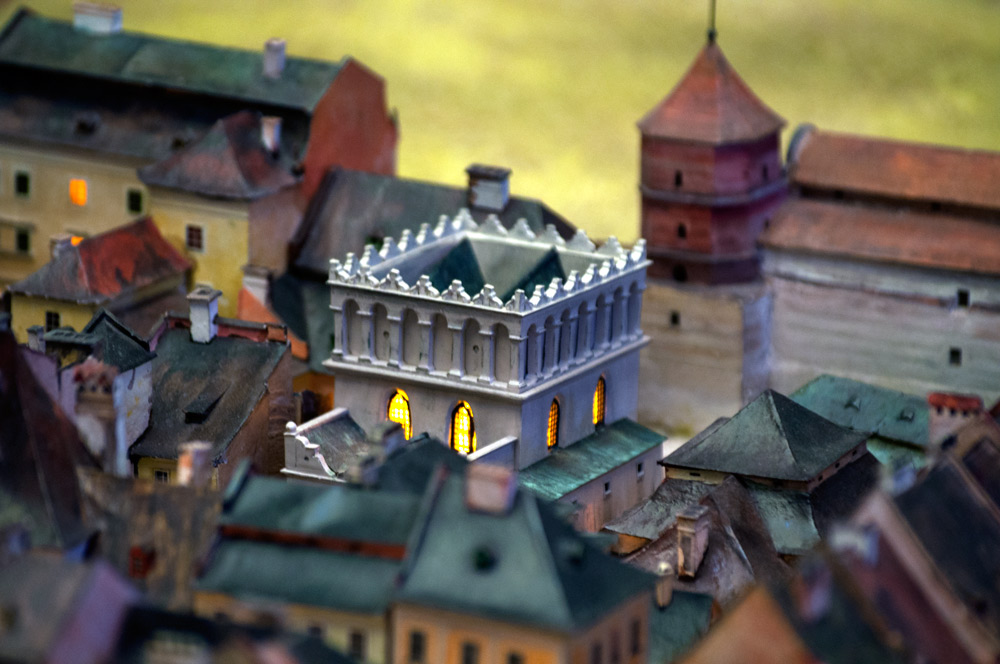